3 Habits That Turn Conflict Into a Creative Superpower

In the Press: Holman Launches New Show with Former President of Starbucks International

WEST CHESTER, PA – JANUARY4, 2020: Global Leadership Expert and Keynote Speaker, Robb Holman, is on a mission to interview 12 of the world’s greatest Inside Out Leaders in the next 12 months. These are unique individuals who are leaving an extraordinary mark within their sphere of influence resulting in transformational change. 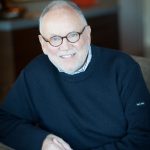 Due to Holman’s Inside Out Leadership philosophy, he will be honing in on the inner work of the leader and how that has contributed to their outer work of influence. These are extraordinary leaders who have faithfully demonstrated inspiration, humility, courage, perseverance, and servant leadership!

Robb’s first guest will be Howard Behar, the former president of Starbucks International. During his tenure, Howard grew the coffee company from 28 stores to over 15,000 locations, and he’s the author of ‘It’s Not About The Coffee’ and ‘The Magic Cup’.

This LIVE inaugural event will launch on January 26 at 12pm EDT.

Robb Holman is an internationally recognized leadership expert, executive coach, keynote speaker, podcast host, and bestselling author. He is the CEO of Holman International, a global leadership consultancy revolutionizing the way business leaders operate. With passion and exuberance, Robb’s dynamic teaching style has successfully led thousands of business owners, executives, and leaders through his exclusive and proprietary method of Inside Out Leadership Coaching. Robb’s books, Lead the Way and All In guide readers into their hearts to lead both themselves and their teams from a place of authenticity.

Howard  Behar‘s career in business spans over 50 years, all in consumer oriented businesses covering several industries. He retired from Starbucks Coffee after 21 years where he led both the domestic business, as President of North America, and was the founding President of Starbucks International. During his tenure, he participated in the growth of the company from 28 stores to over 15,000 stores spanning five continents. He served on the Starbucks Board of Directors for 12 years before retiring. Behar’s non-profit commitments are to the University of Washington Foundation, UW Business School mentoring program and as a Trustee for The Sheri and Les  Biller Family Foundation. Mr. Behar is committed to the development and education of our future leaders and has been a longtime advocate of the Servant Leadership Model. He has also authored two books on leadership titled  It’s Not About the Coffee and  The Magic Cup.

Empowering The Next Generation With Gen Z Expert Steve Robertson

A Way Of Thinking That Inspires Your Future